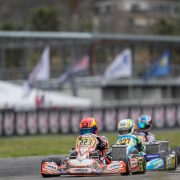 After looking extremely quick in Thursday’s practice sessions at Sarno, Jonny fell victim to a sickness bug that left him severely dehydrated throughout the entire weekend. Unable to eat or drink anything without falling violently sick, he struggled on when most other drivers would surely have given up. It didn’t help, either, that the races were conducted in temperatures of 26 Degrees Celsius. 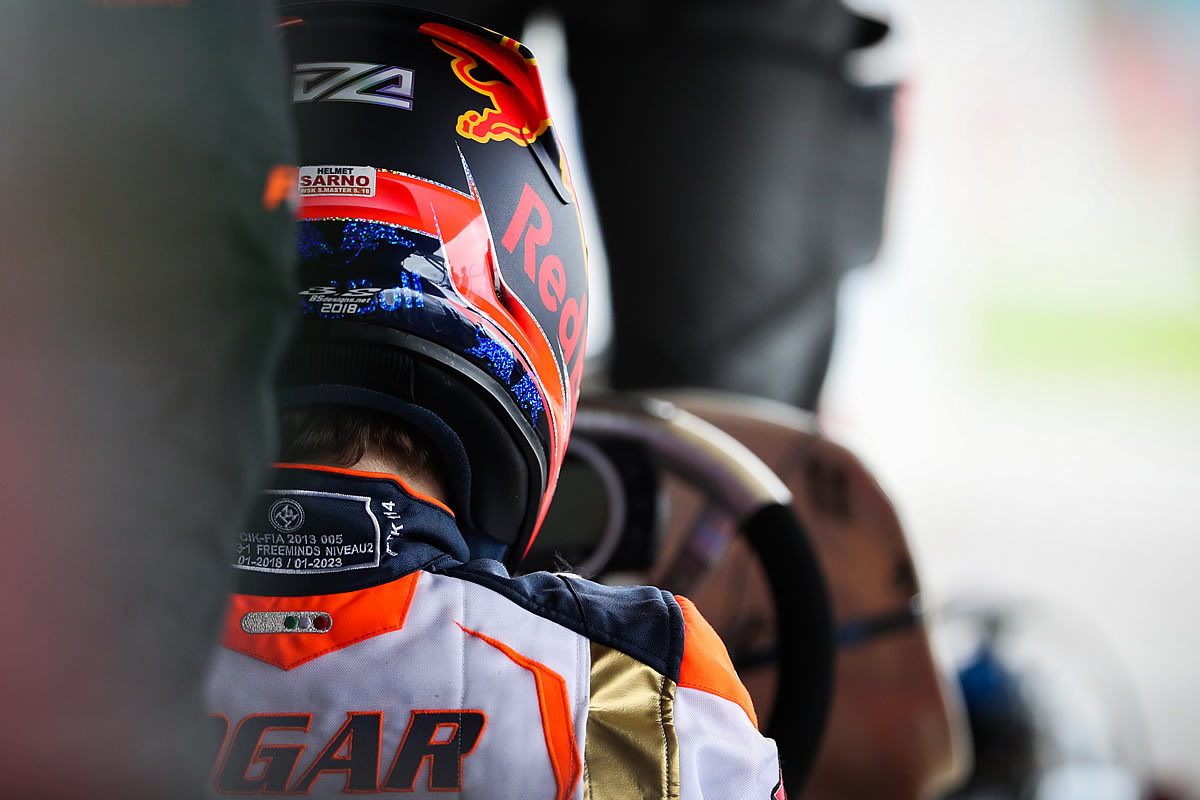 Considering his weakened state, he did remarkably well to score 4th, 7th, 9th and 11th place finishes in Saturday’s heats. That placed him on grid 5 for Sunday morning’s Pre Final. This race was run under Battenberg flags for several laps following an accident involving fellow Brit Callum Bradshaw amongst others. It gave Jonny a breather and he duly finished in 5th spot.

He lined up 10th for the main event, but was physically sick as they waited on the dummy grid. It led his team manager, Jamie Croxford, to question whether or not he should even be going out for the race. However, Jonny was determined to give it a try. His start wasn’t brilliant and he dropped to 15th position, making up a couple of places over the next few laps. Fatigue soon set in though, and he spent most of the 17 laps having to defend his position. In the end, he finished a very creditable 14th out of 81 senior entrants. Although Jonny lost 2nd place in the championships, his valiant efforts meant that he captured 3rd position by a single point over Sweden’s Noah Milell. 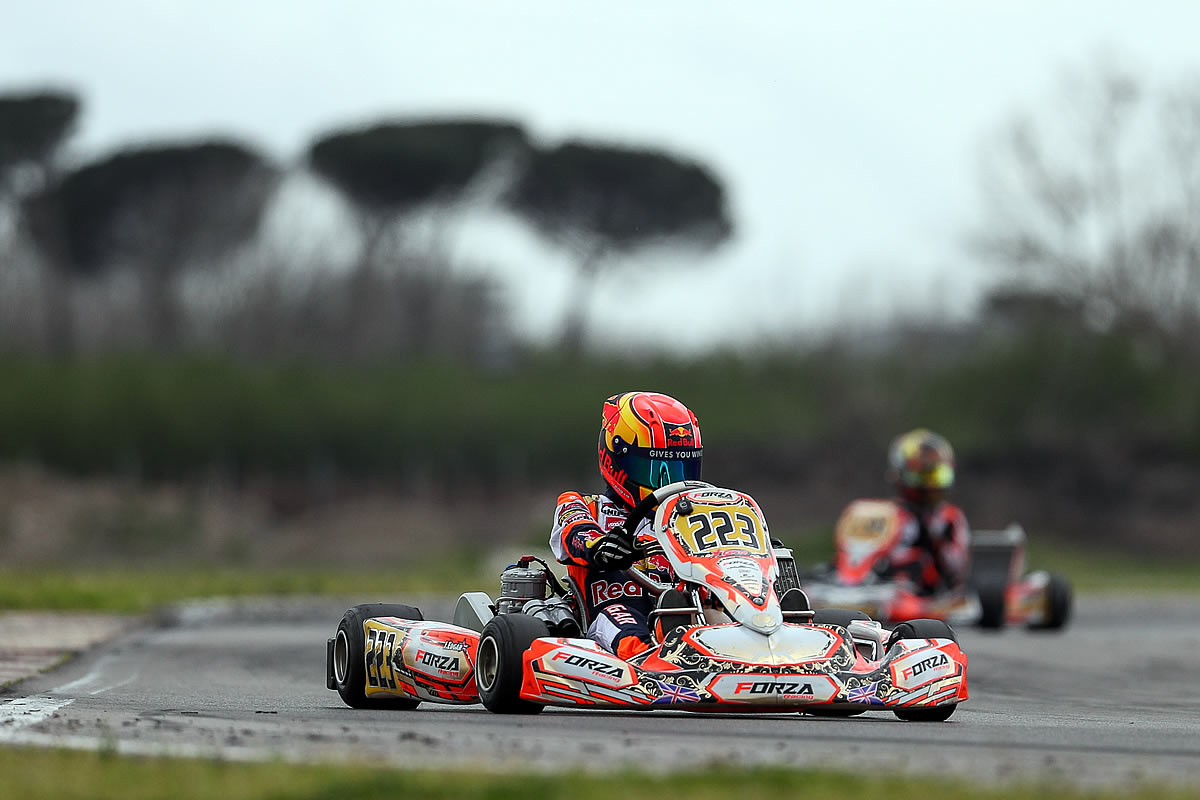 Jonny considered that finishing 3rd in the championships had made everything worthwhile. “I don’t know how he managed to get around the circuit at all, never mind perform at that level,” said his Dad, Justin. “I was so proud of the way he battled on throughout the weekend without letting his obvious debility get him down.”

Jonny’s next race will be the European Championship opener, held once again at Sarno in a fortnight’s time. It should give him sufficient time to make a complete recovery.

A Tyre-ing Weekend
Scroll to top