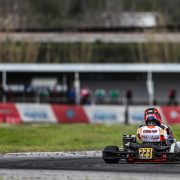 Jonny’s championship aspirations were dealt a major blow over the weekend at Sarno and it all came down to tyres. Bridgestone had provided tyres from two distinct batches and, despite denials one was distinctly superior to the other.

About 20 drivers amongst the 80 strong entry were adversely affected. Some of these received a mixture of good and bad sets, but Jonny drew the short straw as all of his were from the slower batch. His team spent all weekend trying out various alterations to the chassis, but without any success. It wasn’t until Saturday evening that they discovered the real cause of their problems. 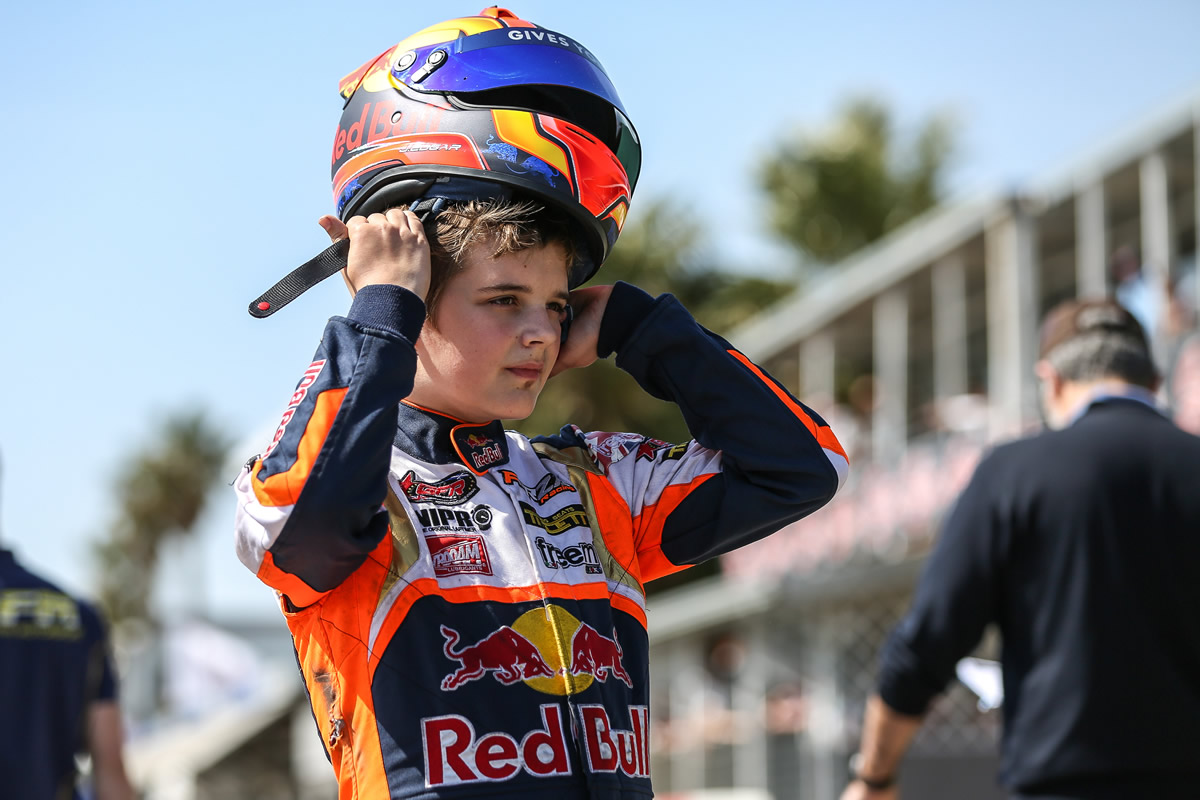 Some of the top world ranking stars were handicapped by this perverse tyre allocation. Dexter Patterson (2017 World Junior Champion), Danny Keirle (2017 World Champion), Nicklas Nielsen (2018 Super Masters Series Vice Champion), Lorenzo Travisanutto, Oliver Hodgson and Jonny himself as the 2017 European Junior Champion were all well off their expected pace. Of these, Danny Keirle was particularly badly affected as he emerged from Timed Qualifying down in 72nd position.

“Qualifying in 15th position wasn’t a disaster for Jonny by any means,” said Justin. “However, we knew that he should have been almost half a second quicker. That’s a phenomenal margin in events of this nature, but the difference was even greater in real terms. In race conditions the slower tyres went “off” at a much quicker rate. I’d estimate that we were losing at least a full second from lap 4 or 5 onwards.”

His opening heat didn’t go too badly as he claimed 5th position, 80 yards or so behind the race winner. In subsequent heats he finished 13th, 18th and 9th. those results meant that he’d be starting Sunday’s final off grid 28. The final was run over 20 laps and Jonny did well initially to climb up into 12th before dropping back down the pack.

“There were some very disgruntled drivers at Sarno, as you might expect,” said Justin. “I’m sad for Jonny because he tried hard all weekend even though the odds were stacked against him from Wednesday onwards. Fortunately he is able to shrug off any setback and always maintains the same composure whether he’s winning or losing. I think it’s a special quality that should stand him in good stead throughout his motor racing career.”

Major championships are full of twists and turns so that it’s no great surprise if one or two top drivers finish outside the points. However, at Sarno we had the likes of Nielsen, Patterson, Edgar, Keirle, Hodgson, Gustafssen, Travisanutto and several other leading stars all coming away without scoring any championship points. Clearly, there was a big problem here and we can only hope that the FIA will put it right before Round 2 takes place at PF.