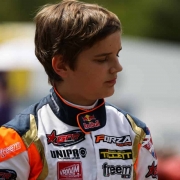 Jonny’s resolve was severely tested during the WSK Open Cup at Garda. However, despite horrendous results on Saturday, he passed the test with flying colours during Sunday’s two finals.

He emerged from Friday’s Timed Qualifying session lying 4th overall, behind the three Italian drivers Lorenzo Ferrari, Nicolo Cuman and Luigi Coluccio. That placed him on row 2 for the opening Heat. Unfortunately Cuman, directly ahead of him, was slow to accelerate and his tardiness compromised everyone on the outside line. Jonny actually crossed the starting line in 7th spot, but a stream of drivers went through before they entered Turn 1. He did well to finish 8th in this race. 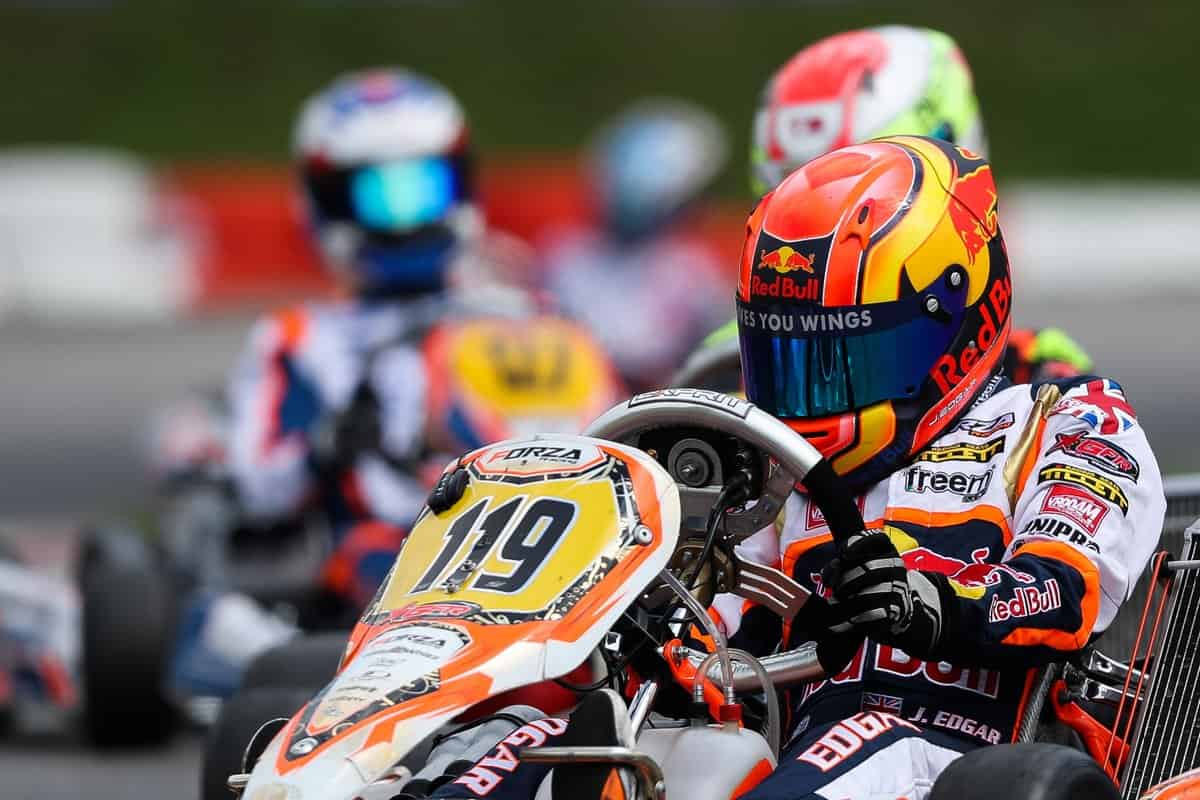 Starting grids for Heat 2 were dependent upon your finishing position in the previous race. Jonny had begun to climb through the field when he suffered an engine failure that eliminated him from this race. It meant that he’d be starting his 3rd and final Heat off grid 32. It all turned out to be academic because he crashed out of this race just after the start.

All this left him with a mammoth task on Sunday, but his spirits were given a lift in the morning practice session when he comfortably topped the timing list. Starting from 26th place in the Pre Final, he made up eight places before a lap had been completed. His progress thereafter was somewhat less spectacular, but he still managed to get into 10th place by half distance. With a big gap to make up, he set about his task in determined fashion and eventually finished 7th, just a yard behind Harry Thompson who had started this race from pole position.

The main final turned out to be a race of changing fortunes. At a very early stage, Coluccio was able to pull out a big lead that proved to be unassailable. Jonny was caught up in traffic but still looked as though he might end up with a podium finish. However, competition for the top spots was especially fierce and ultimately he had to settle for 6th. Even so, it was a brave fightback against odds that had looked to be insurmountable on Saturday afternoon. Hopefully, it should set him up for the European Championship round at Essay in August.