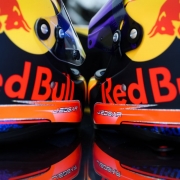 Jonny was invited to take part in the SKUSA Summer Nationals at Indianapolis as a guest of the Benik team. Competing in the X30 Senior Class, he emerged from Saturday and Sunday’s finals as the top scorer, despite stiff opposition from America’s top karting stars, plus a few leading Europeans, also…

Saturday’s timed qualifying went well for him as he emerged in 5th place. He followed this up with a fine victory in Saturday’s Pre-final ahead of Dante Yu and Ryan MacDermid. In the main final held, later that day, he finished a fighting 2nd just 0.08secs behind Brandon Jarsocrak. With Yu down in 7th place and MacDermid failing to finish, it gave Jonny a healthy points lead going into Sunday’s racing.

Jonny suffered a slight setback on Sunday morning when he qualified down in 12th position. However, he came through to 3rd spot in the Pre-Final that was won by MacDermid, with Luke Sellken in 2nd place. MacDermid won the main final ahead of Samuel Lupien. After 25 fast and furious laps, just half a second separated Jonny, in 4th spot, from the race winner. However, he had already done more than enough to ensure overall victory on points. Callum Bradshaw, the other British driver in this race retired with half a dozen laps remaining.

“Both Saturday’s and Sunday’s main finals were very close run affairs,” Justin admitted afterwards. “However, Jonny showed a lot of determination throughout both days and he proved that you don’t necessarily have to be the quickest in order to win championships.”

Jonny Edgar winning and moving on
Scroll to top