You are here: Home1 / Heritage 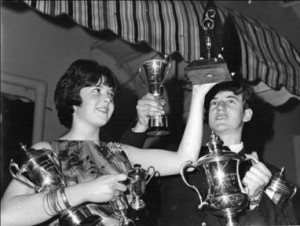 The Edgar Family has been involved in karting virtually since its early origins. It began back in 1960 when Jonny’s Great Grandfather, Iredale Edgar, bought his first kart. Like many others at that time, he chose a 100cc Trokart/Clinton manufactured by the Trojan Company which would soon be involved in building McLaren’s before eventually producing their own F1 car. Iredale was instrumental in forming the West Cumberland Kart Club, originally based at Haverigg Airfield.

Complaints about noise forced the club to look for an alternative base, and Iredale suggested that they should buy a disused quarry close to his home in Rowrah. This was purchased for the grand sum of £300 but it cost another 4,000 to carry out drainage work and lay down a permanent tarmac circuit. Today, Rowrah is recognised as one of Britain’s finest karting venues.

As a member of the elite 4 man British Team, Terry had competed in two world championship events, racing against and often beating several future F1 stars such as Keke Rosberg, Riccardo Patrese, Alain Prost, Eddy Cheever, Elio de Angelis and Andrea de Cesaris. He raced against Nigel Mansell twice, beating the F1 world champion on one of these occasions.

Jonny’s father, Justin, entered karting at the age of 18 after a distinguished career on bikes. In 1994, his first full season of competitive karting, he shocked everyone by finishing as runner up to Darron Gibbs for the S1 title in 100B (equivalent to todays KF2). Jonny’s Uncle, Robert Jenkinson, took 3rd place that year but he beat off Justin’s challenge to capture consecutive titles in the following two seasons.

By 1998, Robert was competing in Formula A (KF1’s equivalent) and he dominated this class by winning all three available titles, S1, 0 Plate and TV Kartmasters. He then pursued a car racing career which, although successful, was brought to a premature end through lack of funds. Robert now works as an instructor for the Jonathan Palmer organisation. 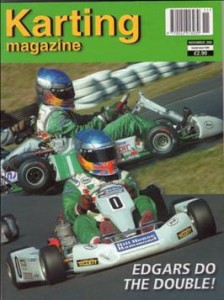 Jonny’s other Uncle, Jason Edgar, became one of Britain’s top Motocross riders before a knee injury persuaded him to follow Justin into karts. Jason’s first proper karting season was spectacularly successful as he became the 1997 S1 Champion in 100 National. Throughout his karting career, he has collected two S1 titles and three 0 Plate crowns. Added to the four S1 titles and an equivalent number of 0 Plate wins acquired by Justin, they make an impressive tally for these two brothers.

Jonny has a great karting heritage, but the early signs are that he’ll live up to the reputation earned by three previous generations.