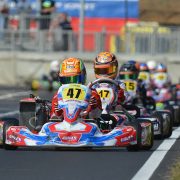 Jonny had a disappointing ending to his quest for GP glory after being faced with several setbacks during the latter stages of this year’s event. Ultimately, he had to settle for 6th position when his earlier form had promised so much more. He set a very quick pace during Thursday’s free practice sessions and emerged from Friday’s timed qualifying as the fastest driver. Setting off from pole position in Heat 1, he secured a narrow victory over Jenson Butterfield, with Clayton Ravenscroft claiming 3rd spot about 30 yards behind. Tom Canning won next time out as Jonny took 4th place behind Butterfield and Dexter Patterson. It all went a bit pear shaped on Friday morning when Jonny was excluded from the 2nd timed qualifying session after hitting another kart.

“The other driver spun off in front of me and I couldn’t avoid colliding with him,” said Jonny. “The officials seemed to think I’d done it deliberately, but why would anyone want to do that? His father explained that it wasn’t my fault but I’d already been black flagged and the exclusion still stood.” 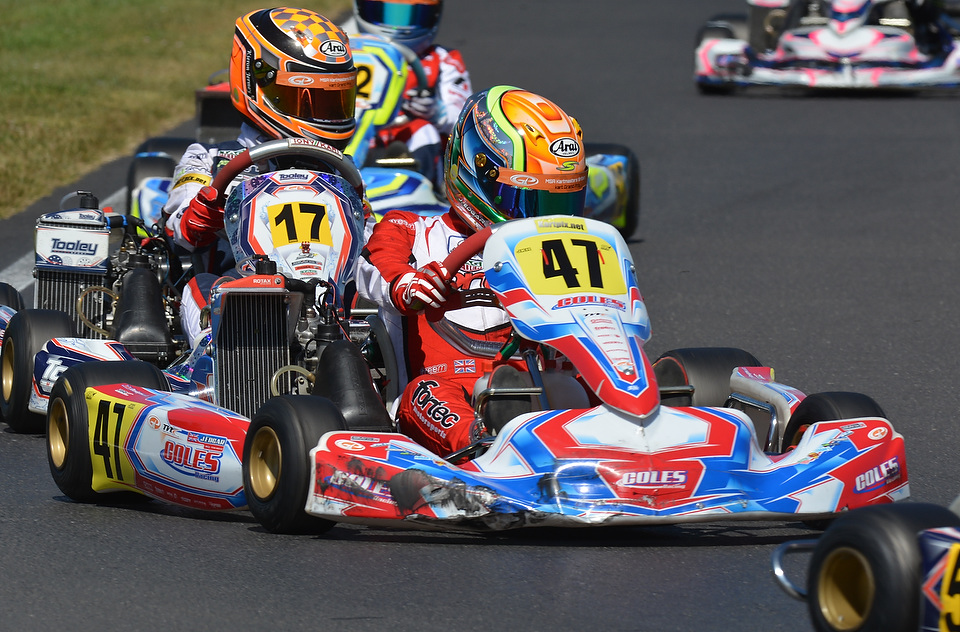 It meant that for the remaining two heats, Jonny would start from the back. He came through very well to claim 7th and 8th places respectively. That placed him in 4th position on the pre-final grid. He made a cautious start to this race but soon got up to 2nd place. By that time Butterfield was 30 yards in front, but he quickly closed the gap and tucked in behind him. The final lap was very excited as Jonny constantly switched position trying to find a way past, but Jenson covered ever move.

The grand final was equally eventful. Butterfield led from the start but after one lap Jonny had dropped down to 8th before fighting back up to 3rd. By that time, though, he was 20 yards or more behind the two leaders, Butterfield and Patterson. Gradually he closed the gap and went into 1st place with three laps remaining. However, his lead proved to be short lived as he was forced onto the grass. That dropped him down to 7th and several attempts to recover places didn’t quite come off. Dexter Patterson took the lead with just over a lap remaining and held it to the end.

Steady at Shenny
Scroll to top