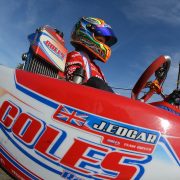 Jonny put in a steady shift at Shenington maintaining his grip on 2nd place in the championships. Friday’s weather conditions definitely suited him but, on a faster circuit the following day, he was clearly down on power compared to the trio of drivers from Strawberry Racing. Nevertheless, he scored good points from both of Saturday’s Heats, ending the day with 3rd and 4th positions to his name. That meant that he’d be starting Final 1 on Sunday morning from grid 3. 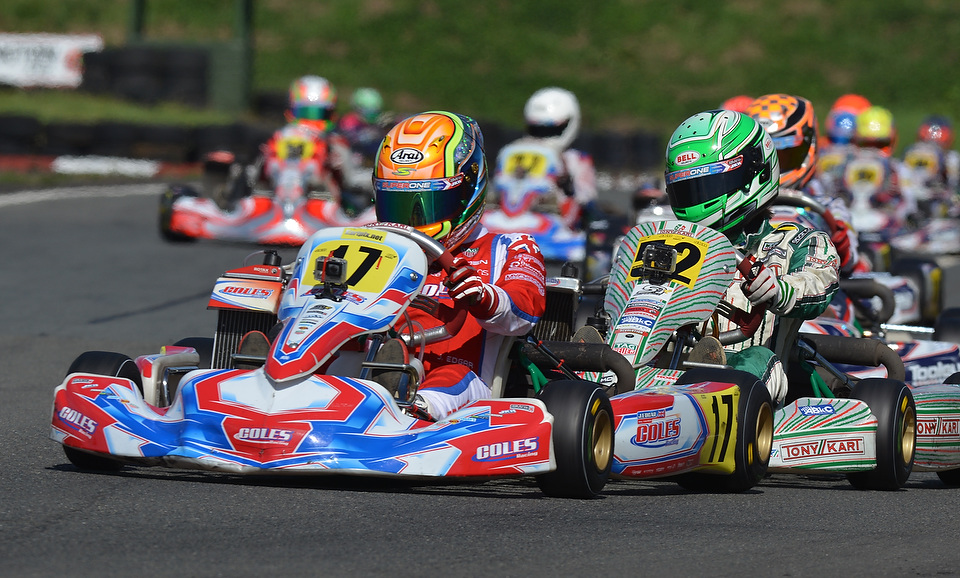 Tom Canning got off to a flying start in this race, closely followed by Jenson Butterfield. Jonny found himself caught in a traffic queue, as Clayton Ravenscroft and Lorcan Hanafin went past. He slipped further behind a couple of laps later, losing out to Guy Cunnington and Dexter Patterson. After that point he started to pick up speed, eventually finishing 4th behind Hanafin, Butterfield and Canning. Patterson claimed 5th spot ahead of Finlay Bunce.

He made an excellent start in Final 2, taking 3rd spot behind Hanafin and Butterfield. At quarter distance Patterson went into 3rd place, allowing the two leaders to open up a sizeable gap. With half of this race still remaining, Jonny regained 3rd position, but by this time Hanafin and Butterfield were off into the distance. Canning was looking quick at this stage and he moved ahead of Jonny four laps from the end. In a thrilling last lap battle, however, Jonny nipped past him and held onto 3rd position over the finishing line. Patterson claimed 5th spot ahead of Ben Fayers.

Jonny’s sights are set on Sarno
Scroll to top