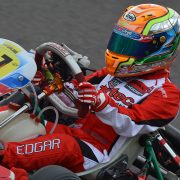 Jonny set a searing pace that proved too hot for his rivals to handle when he visited the Summerlees circuit at Larkhall. Just a week after recording a perfect score from his S1 heats and finals at Fulbeck, he was in unbeatable form once again.

He won the opening heat very convincingly after overtaking Evan Smilie early on. Thereafter, he steadily pulled away to finish almost 40 yards ahead of the local driver. Clayton Ravenscroft claimed 3rd place. The next heat provided him with an even more emphatic victory. Ravenscroft held 2nd spot on this occasion ahead of Smilie. 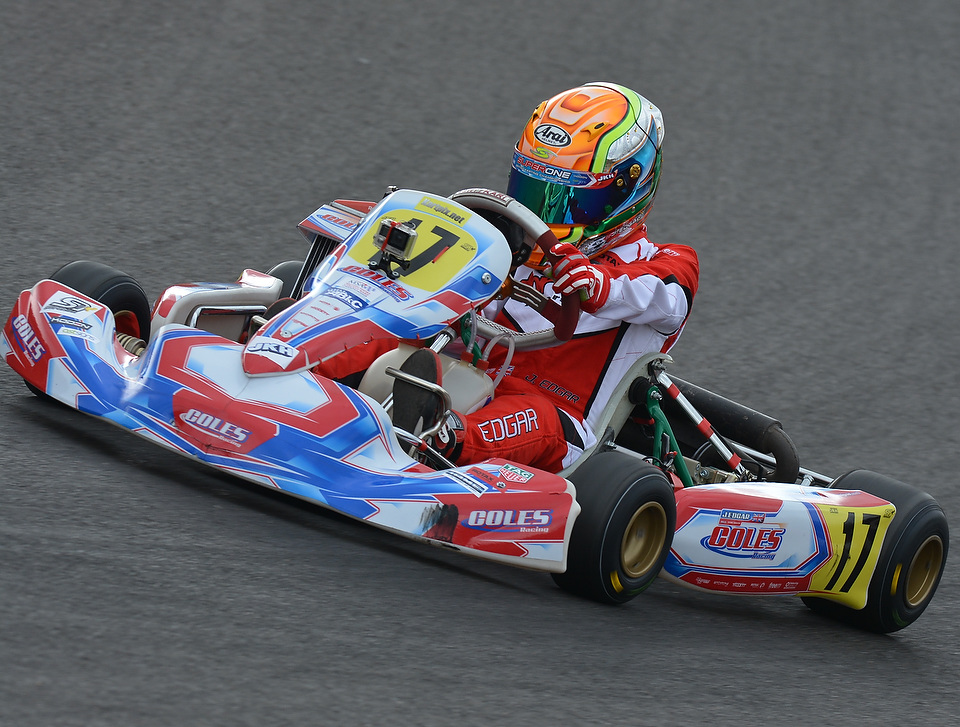 Clayton suffered a setback in Heat 3 after he was excluded from 3rd spot due to a clerical error. That didn’t affect Jonny, though, as he had taken the lead just past half distance to win with almost 30 yards to spare over Smilie. Ben Burgess finished 3rd in this one.

In all three of these races Jonny had set the fastest lap and looked very confident as he sat on pole position for the Final. Once this race started he lost no time in pulling away from Smilie and won with around 100 yards to spare. Ravenscroft recovered from his earlier disappointment to claim 3rd spot ahead of Burgess. Ben McManus and Oliver Hunter made up the top six. Jonny was once again accredited with the fastest lap

“We’ll be coming to this circuit in four weeks time for the 5th round of S1 and so it was a good opportunity to test a few things,” claimed Justin afterwards. “Obviously, we’ve come away quite happy with the speed Jonny demonstrated and it certainly won’t have damaged his confidence in any way. His fastest lap was only a couple of tenths quicker than either Evan or Clayton managed. What gave him such a big winning margin was the level of consistency that he managed to produce.”