Jonny made a sizzling start to his single seater racing career when he claimed two 2nd place finishes and a 3rd spot in the Spanish F4 Championships. Despite its title, this event was actually held on the Paul Ricard circuit in southern France. 18 drivers from 9 different nations took part. 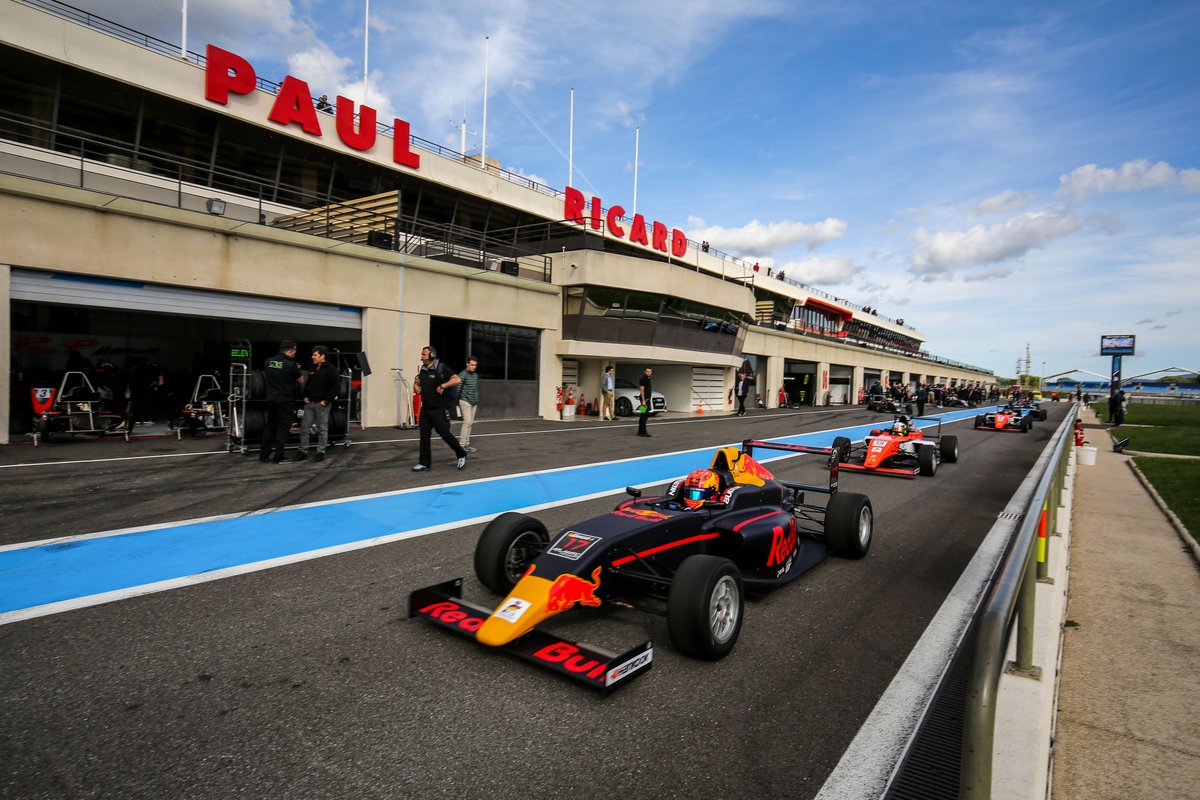 During a wet session of Free Practice on Friday morning, Jonny topped the timing lists by a wide margin. In drying conditions later that day, he was still the quickest, albeit by a much smaller margin.

It was no surprise, then, that he should emerge from Saturday morning’s Time Qualifying with P1 and P2 to his name. In the first race, however, he dropped back to 4th before fighting his way into 2nd behind Argentina’s Giorgio Carrara.

He led Race 2 until just before the final lap, when Carrara pulled off an overtaking manoeuvre. However, notching up another 2nd place was still a great result for him. Carrara is three years older than Jonny and is in his 3rd season of Euriopean F4 racing. It came as no surprise that his vast experience should have told in the end.

Jonny outpaced everyone in Sunday’s Timed Qualifying. However, he was outgunned by Carrara at the start of Sunday afternoon’s race and almost immediately fell back to 3rd behind Spain’s Killian Meyer. Despite a brave but unsuccessful overtaking manoeuvre on the last lap, he had to settle for 3rd spot.

It was a great result for the Swiss based Jenzer Motorsport Team as they came away from Paul Ricard with the top two points scorers in Giorgio and Jonny. However, there will be a tougher test awaiting Jonny and his team this coming weekend when they take part in the Italian Championships at Vallelunga.

Jonny wishes to thank Red Bull Racing, and Jenzer Motorsport for all the support they have given him.

©
Jonny Edgar winning and moving on