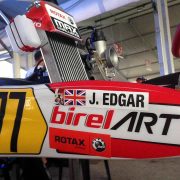 Jonny came close to claiming yet another major international title on his impressive CV when he took part in the Rotax World Finals at Sarno. More than 400 drivers from 50 different countries had gathered for this event, but entries in the Mini-max class were restricted to just 36. All equipment, including chassis, motor and tyres had been provided by the organisers. 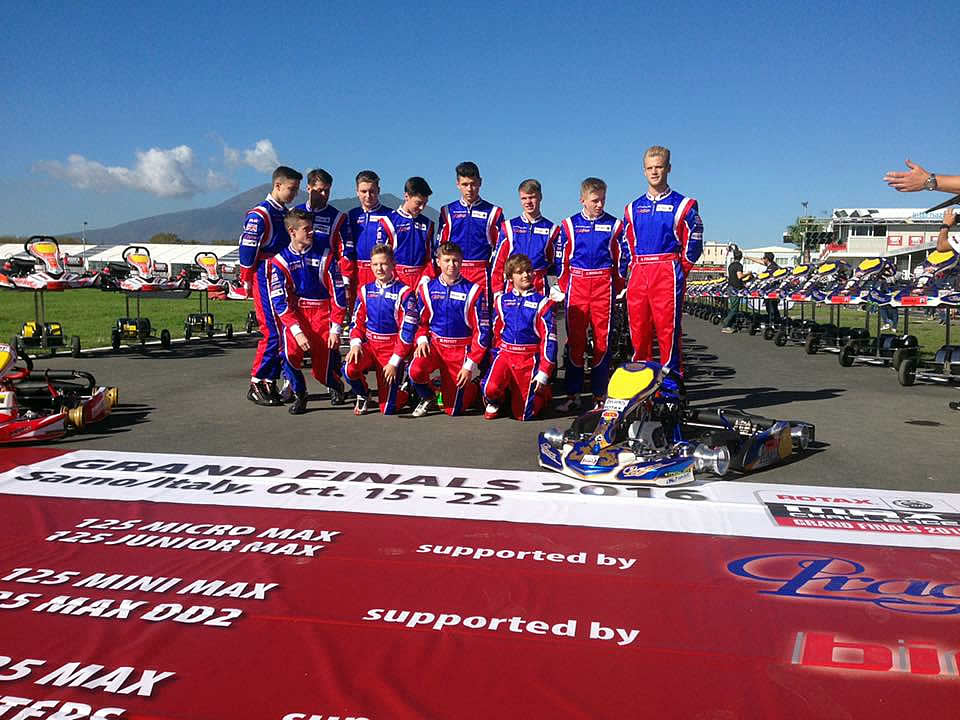 After looking extremely rapid throughout free practice, Jonny qualified as the 2nd quickest driver, thus earning front row starting positions in his two heats. He adopted a cautious approach in both of these races, claiming 3rd and 2nd place finishes. That meant he’d be starting the Pre-final off grid 2.

Jonny made a good start in this race and took over 1st position almost immediately. However, several karts went past him down the straight and one driver was a little too eager. He tried to force Jonny wide at the next turn and both karts locked wheels. As a result Jonny was knocked onto the grass and couldn’t immediately restart. Although the other driver subsequently received a time penalty, it was scant consolation for Jonny who had to accept 21st position .

The main final took place the following day and he faced an uphill task setting off with 20 other karts in front of him. However, things looked quite promising after the morning practice session when he emerged comfortably ahead of everyone else, 1.3 seconds per lap faster than the next quickest.

In the race itself he quickly made up places and climbed up to 5th with a good number of laps remaining. At this stage he was catching the leaders by over half a second per lap and looked more than capable of recording an astonishing win. Unfortunately, the driver in 6th place chose to get into a battle with him and Jonny was knocked out of contention once again. He restarted right at the back but climbed up to 17th spot at the end.

“We didn’t have any luck when it mattered most,” said Justin afterwards, “but I was very proud of the way that Jonny performed. He was definitely quick enough to catch the leading group and would probably have pulled others along with him. However, it wasn’t meant to be. We are now looking ahead to the SKUSA Super Nationals in Las Vegas where, hopefully, fate will be a little kinder.”

©
Jonny’s sights are set on Sarno

One Forza Team
Scroll to top