Jonny’s hard work and perseverance were richly rewarded by a podium finish at Imola that has provided him with a top ten place in the Italian F4 Championships. With over 30 drivers taking part in this event, competition was especially intense all weekend. 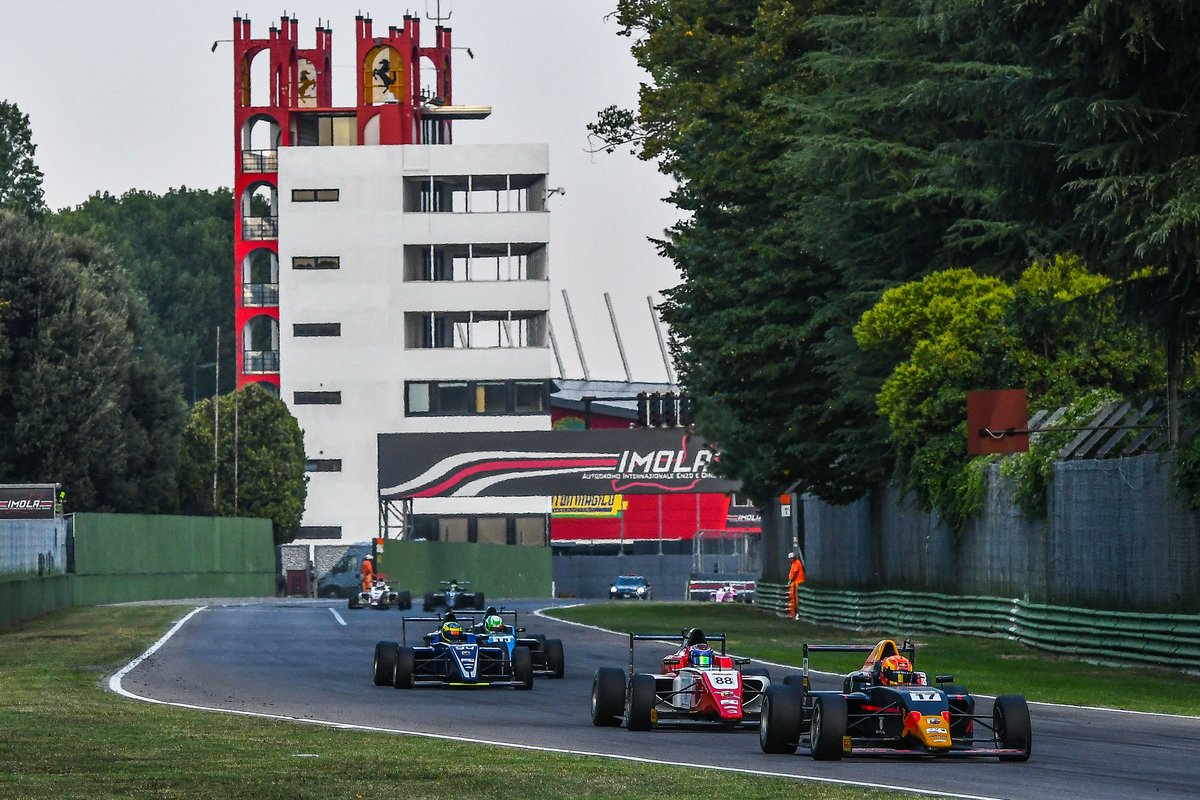 The Autodromo Enzo e Dino Ferrari dates back 66 years and has staged F1 events since 1963 when Jim Clark won a non championship event here. The F4 contenders lining up for Round 5 couldn’t fail to be impressed by what is recognised as the home of Scuderia Ferrari.

Right from the first free practice session on Friday morning, Jonny showed his pace. He was the 3rd quickest in this one and went top of the list next time out. He emerged from TQ1 in 2nd place behind Roman Stanek and repeated this performance in TQ2. His next fastest lap was also good enough to place him 2nd.

That meant he would have a front row starting position in all three races. Unfortunately, it placed him on the dirty side of the circuit in every race. Despite making a quick start in Race 1, he had to settle for 3rd position as they entered Turn 1. He soon improved to 2nd , though and immediately set off in pursuit of the race leader, Dennis Hauger. 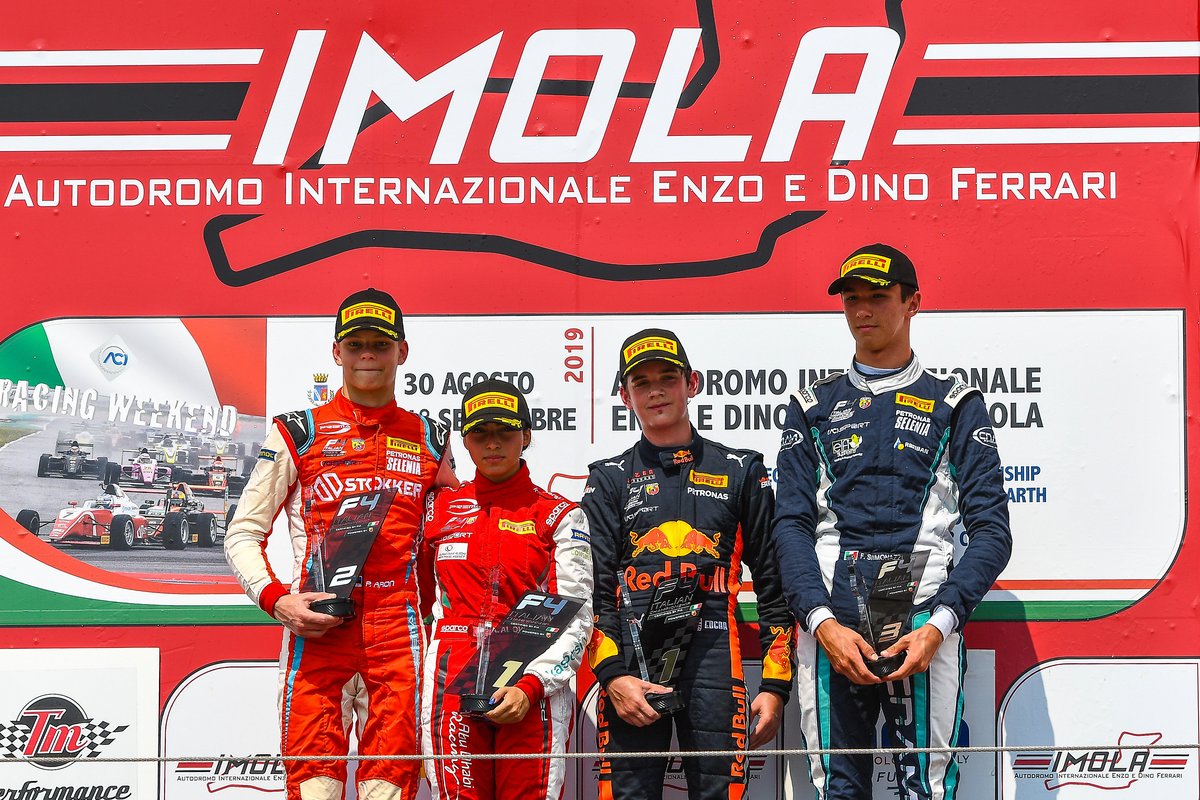 Although he was able to catch Hauger, overtaking on this circuit has always been problematic and, despite some determined efforts, Jonny had to settle for 2nd spot. Along the way he’d set fastest lap and secured his first podium finish in these championships.

A partial stall at the start of Race 2 cost him dearly and he immediately lost eight paces. However, in a race that was hampered by no less than four safety cars, he eventually managed to finish 5th. Although his start in race 3 was better, he found himself squeezed off the circuit and dropped to 7th. Once again, Jonny fought back under difficult circumstances and eventually took 5th place.

©
Rapid at the Ring