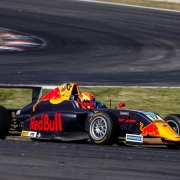 No one could match the pace of the Red Bull Juniors Jonny Edgar and Jak Crawford in the opening ADAC F4 weekend. The two Red Bull Juniors topped every session at Lausitzring. Van Amersfoort Racing driver, 16-year-old Briton, Jonny, got the upper hand however in Races 1 and 2 for a double victory. Race 3 was affected by rain and decided by the Safety Car and a touch of regulatory confusion. 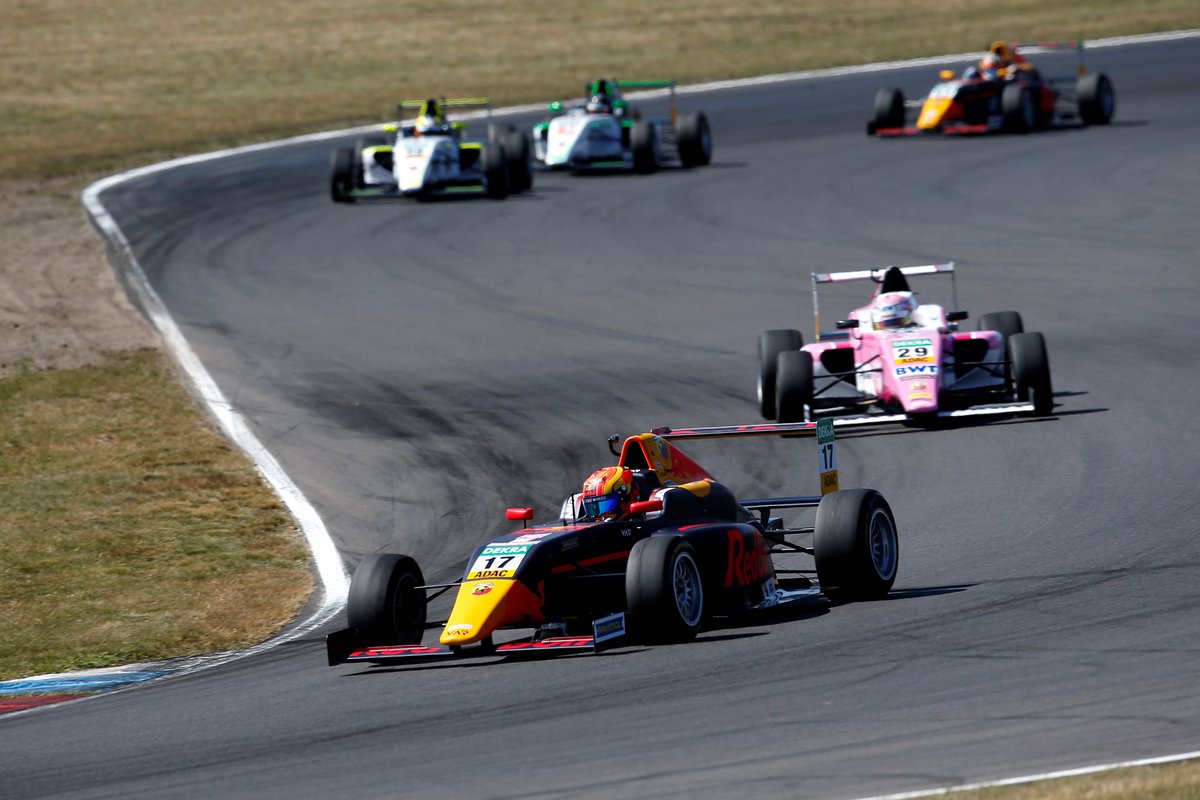 “Yes is wasn’t a bad weekend,” commented Edgar with a remarkable degree of understatement. “FP1 wasn’t great, needed to change the set-up a little bit, a little bit the car and a bit of me as well. For FP2 what the team changed really helped and also I was improving. Then in Quali 1 I got blocked on my best lap so it probably would have been pole. Then in Q2 I was second which wasn’t bad and I think that is the way the pace was for that session.”

“Race 1 I got a good start and got into the lead. From the first lap I was just trying not to slide the tyres. We only have one and a half sets for Quali and the races so you really have to look after them. I was looking after them not just for that race but for later on in the weekend. The car was really good so I could do that and still run a good pace.”

“In Race 2 I got a decent start and got next to Jak in Turn 1 but the tyres were cold and I locked up on the dust on the outside. I lost a bit to Jak in the first two laps but from there, trying to not slide the tyres but still push a bit, I managed to get back to Jak. I had a few attempts but never fully committed to it just to be safe. I was never quite close enough. Then with 6 laps to go I got a good exit and a lot closer out of the last corner, managed to get next to him on the straight and brake later into Turn 1 and got the lead.” 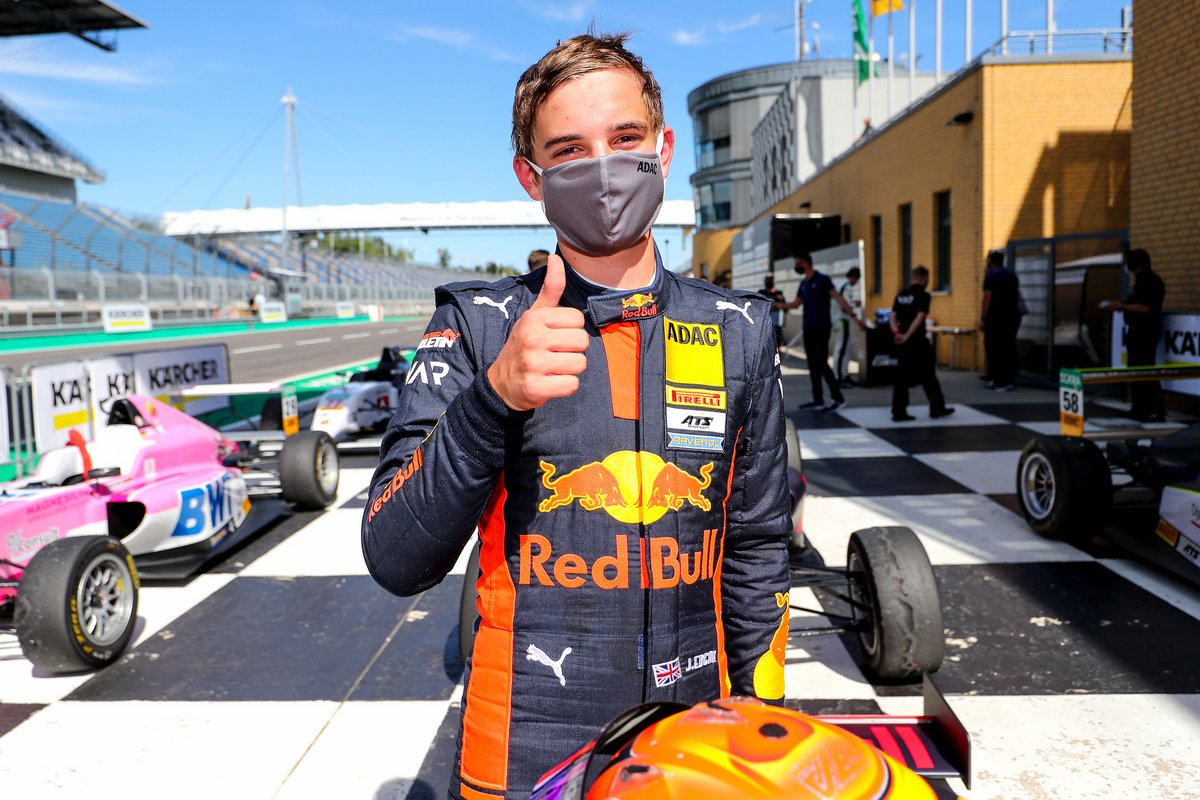 “Race 3 I got a good start went from 8th to 5th in Lap 1, then within another three laps I think I got to 3rd, caught the leaders, went to 2nd. I had one attempt at the lead but it was only Lap 11 so I had time and didn’t want to take a risk. Then it rained. Normally if we are on slicks and it rains it is Red Flagged and restarted. We expected that but the Safety Car came out. We pitted for wets but the race wasn’t stopped and ran under the Safety Car and was then Red Flagged with 6 minutes to go. So the people who stayed out finished in front of us. A bit strange but that’s how it was. Still the first two races were good enough.”

Edgar impressive in ADAC F4 at the Nürburgring
Scroll to top