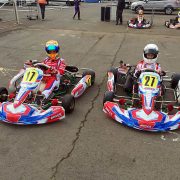 Jonny produced yet another powerful performance in Lincolnshire to pick up a well deserved victory. The Fulbeck circuit has been staging kart events for almost 57 years and enjoys a great tradition in the sport. On this occasion it was playing host to the NKF and, with a Super 1 round taking place here next month, all of the top Mini-max drivers had turned out. 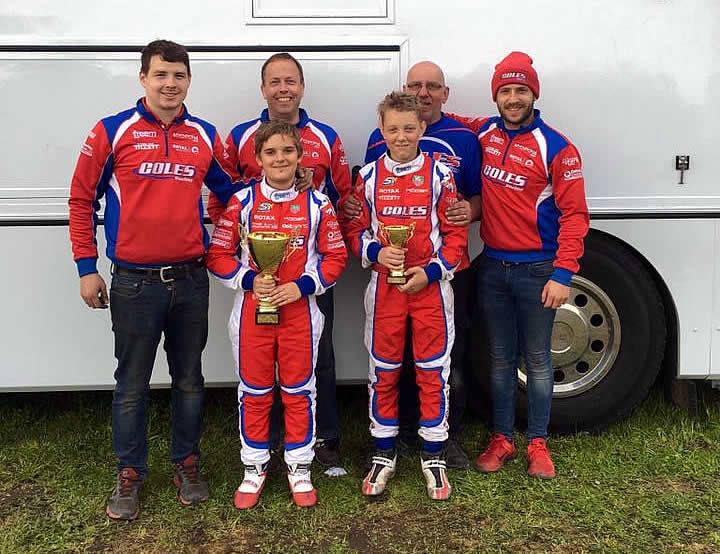 He led the final from start to finish, although Lewis Gilbertson followed close behind for most of this race. However, Jonny remained unfazed and, on a hot afternoon, he kept his cool throughout the race. Last year’s British Champion in cadets, Dexter Patterson took 3rd spot, with Clayton Ravenscroft 4th.

“Jonny was quick all weekend and we were very happy with the result,” said Justin afterwards. “All of the top teams were out in force and there was some very good racing. As usual, Coles Racing gave us unstinting support throughout and we were able to try out various settings in preparation for the S1 round.”

Flawless at Fulbeck
Scroll to top