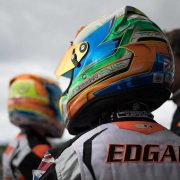 After a tense weekend of racing in Sweden, Jonny has been crowned the European champion of 2017. Feelings and tempers were running high, but he managed to maintain his usual cool, showing great maturity throughout.

Following his brilliant victory in Finland a week earlier, he approached the final round with a championship lead of 24 points over Harry Thompson. Although the championship was his to lose at this point, these rounds usually throw up lots of opportunities for slip ups. He had to keep his wits about him all weekend.

Setting a good lap in Friday’s Timed Qualifying Session was an immediate priority and he emerged as the 2nd fastest overall from 63 contenders. That gave him pole position in three of his four heats. His tactics were to drive fairly conservatively and stay out of trouble wherever possible. He recorded three 3rd place finishes on Friday and Saturday before cruising to a comfortable win on Sunday morning.

These results were good enough to earn him a grid 3 starting position for Sunday afternoon’s final, with Jack Doohan and Harry Thompson sharing row 1. Harry had pulled a point back on Jonny at this stage, but anything less than 1st place for the RFM driver would give Jonny the title.

Jack Doohan won the race and this result lifted him into 3rd position in the championships. Jonny finished 150 yards ahead of Harry knowing that the title was now firmly secured. It was a fitting reward for his outstanding performances in Europe throughout the season. His triumph sparked off jubilant celebrations within the Forza camp.

“Our family has been involved in motorsport ever since my grandfather purchased his first kart more than 57 years ago,” said Justin. “We’ve all enjoyed our fair share of success, but nothing on the scale that Jonny has achieved. I’m a very proud dad at this moment. It’s also been a great success story for Jamie Croxford and his entire Forza team, together with Gordon Finlayson and the TM factory. They’ve all given us fantastic support throughout the year.” 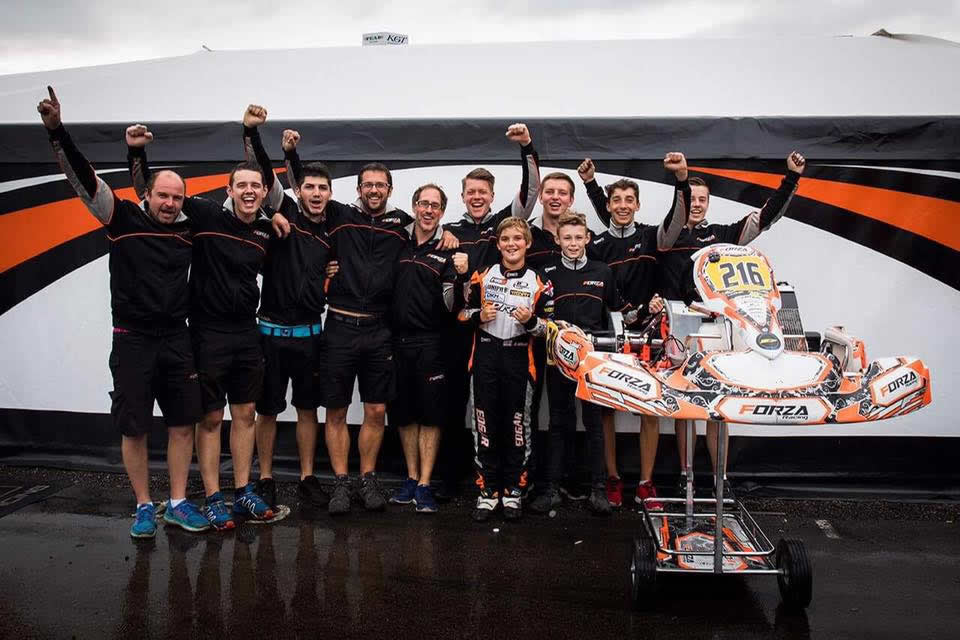