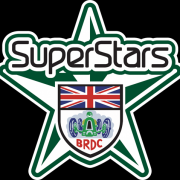 Jonny: “Delighted to announce that I have been selected to join the BRDC SuperStars programme for 2021. Thanks to the BRDC for this great opportunity. It’s an honour to be included with so many talented drivers.”

Britain’s premier motor racing talent-supporting programme, the British Racing Drivers’ Club (BRDC) SuperStars, is delighted to announce its roster for 2021 which features seven reigning champions, Aston Martin (formerly McLaren) Autosport BRDC Award winners, and a 24 Hours of Le Mans class victor. Since it began in 2008, close to 100 drivers have been able to benefit from the unique advice and guidance the scheme has to offer, with graduates achieving notable success in high level, international motor sport, including current Formula 1 drivers Lando Norris and George Russell. Programme Director Andy Meyrick was forced to adapt his methods last year to ensure the members continued to receive the help and support required during the global pandemic. Despite the interrupted race season, the 2020 SuperStars performed superbly, taking five championships and two Le Mans 24 Hours class wins.

FOUR NEW DRIVERS
Joining the SuperStars ranks for 2021 are:

17-year-old Jonny took a different approach to his journey, racing Formula 4 in Germany, Spain, and Italy in 2019, before focussing on the ADAC series in the former, taking six wins en route to the title. He also found time to compete in a partial campaign in Italy, securing two wins. This year he will race with the ultra-successful Carlin team in the FIA Formula 3 Championship.

Harry delighted fans across the United Kingdom with his on-track performances in the Carrera Cup last season, taking 12 wins out of 16 races and sealing the title with a weekend to spare, one year after becoming Ginetta Supercup champion. He will be back to defend his title with Team Parker Racing.

Zak was a front-runner in the F4 British Championship last year and thought he had claimed the title in dramatic circumstances during the final race of the season at Brands Hatch, only for the contest to be red-flagged due to heavy rain, meaning only half points were awarded. For 2021, 16 year old Zak will progress into the BRDC British F3 Championship, with Carlin.

Rounding out the new crop of graduates is Ben Tuck who will somewhat follow in the footsteps of fellow SuperStar Dan Harper, plying his trade in Germany. Teaming up with Walkenhorst Motorsport for a third year, Ben will use his third-place finish in the DTM Trophy as a springboard for a GT3 campaign in the Nürburgring Endurance Series (NES).

RETURNING FOR 2021
Making their return to the BRDC SuperStars programme are a pair of Formula 1-affiliated drivers in Callum Ilott and Dan Ticktum. Callum, part of the Ferrari Driver Academy, finished second in the FIA Formula 2 Championship in 2020 and will compete for Ferrari in the GT World Challenge Europe this year. McLaren Autosport BRDC Award winner Dan, meanwhile, returns to FIA F2, with Carlin, and also continues as a Williams Racing Development Driver.

After a stunning 2020 season, Phil Hanson is set for further sports car success with United Autosports. In addition to claiming the overall European Le Mans Series crown, Phil took the LMP2 title in the FIA World Endurance Championship and a class victory in the 24 Hours of Le Mans and will return to both series for 2021.

Joining him at United Autosports will be McLaren Autosport BRDC Award winner Tom Gamble, who secured the ELMS LMP3 title at the first attempt in 2020. He will move up to LMP2 and become team-mate with Phil, marking the first time two BRDC SuperStars will have raced in the same car for an entire season.

Ash Sutton and Jake Hill will represent the programme in the British Touring Car Championship. Last year Ash proved to be a pace setter becoming Drivers’ Champion for the second time, as well as sealing the Independents’ Drivers’ and Teams’ titles in the process, all while moving to Laser Tools Racing, with whom he will continue this year. Jake scored six podiums during a challenging 2020 season beset by technical woes and returns to MB Motorsport this time out.

Also set to do battle with a fellow SuperStar will be Dan Harper, who remains a BMW Junior Driver and also contests the NES in Germany in a GT3 machine – though the 2019 Carrera Cup GB champion will race with BMW Team RMG for the nine-race campaign.

Remaining in sports cars, Sandy Mitchell returns not only as reigning British GT champion but also as the newest member of the Lamborghini Factory Driver roster after proving himself on the marque’s junior programme.

Aston Martin Autosport BRDC Award winner Johnathan Hoggard had the moment of his life in 2020, enjoying a day at Silverstone in Red Bull Racing’s RB8 Formula 1 machine, with which Sebastian Vettel and Mark Webber won seven races and the former secured his third straight title. Johnathan also raced in the Rolex 24 at Daytona in January 2020, though his full-season plans fell foul of the Covid pandemic.

Jonny Edgar – FIA Formula 3 Championship  [Carlin Racing]
“I’m really happy to have been selected for the SuperStars programme. I was a bit surprised to find out, but it’s really exciting to be part of and there are a number of excellent drivers on it. I’m looking forward to stepping up to FIA F3 this season and there will be a lot more power, downforce, and cars on track than I’m used to. There are a lot of things that are going to be different, so the advice of Andy and the Club will be really helpful.” – JONNY

Harry King – Porsche Carrera Cup GB  [Team Parker Racing] “To be promoted from a Rising Star to a SuperStar in one year is a surprise and a real privilege to get the recognition for what I achieved in 2020. Being on the programme comes with a number of benefits and I’m looking forward to working closely alongside Andy Meyrick and the other SuperStars. All the other drivers are of a high calibre and earned their place, so it will be interesting to learn from their unique experiences.”

Zak O’Sullivan – BRDC British Formula 3 Championship  [Carlin Racing] “It’s great to be involved with such a prestigious Club. Just to be a member is great, but to be a SuperStar is even better. Last year my rookie season in British F4 was a good one and it showed, so thanks to Andy and all the guys at the BRDC for making me a SuperStar. I’ll try and represent the Club as well as I can, and I’m really hoping for a good season in British F3 this year.”

Ben Tuck – Nürburgring Endurance Series  [Walkenhorst Motorsport] “I’m really happy to be stepping up as a SuperStar. I spent last year as a Rising Star, so to graduate means I must be doing something right! Andy gave me a call to tell me I was on the programme and explain a bit about it and I can’t wait to get started. Last year I was with the Walkenhorst team in a GT4 car, so I’m really happy to stay with them as they have a very close link with the BMW factory. This year I’ll be stepping up to GT3 and I’m really looking forward to getting the season underway.”

Andy Meyrick – BRDC SuperStars Director “This is my third year as programme director and I’m really pleased with the drivers we’ve selected. It’s always a pleasure to see new talent achieve success and to welcome them on to the programme. Harry, Jonny, Ben, and Zak all did exceptionally well last year and will benefit from the kind of personal attention and guidance they will receive as BRDC SuperStars. I’m also very happy to continue working with our nine returning SuperStars. Ash, Sandy, Phil, and Tom all won titles in 2020, and Dan and Callum are both on the cusp of Formula 1, but you never stop learning and we hope to continue helping with their development in 2021.”