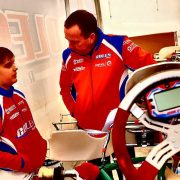 Jonny encountered some bad luck at Rissington, but he still came away with sufficient points to retain 2nd place in the championship table for Mini-max. During those practice sessions that were held on a damp circuit he’d looked to be unbeatable. Earlier on, though, he’d struggled for pace in dry conditions. A few alterations to his chassis set-up on Saturday morning appeared to cure this problem and he emerged as the 2nd quickest driver in Timed Qualifying behind Tom Canning. 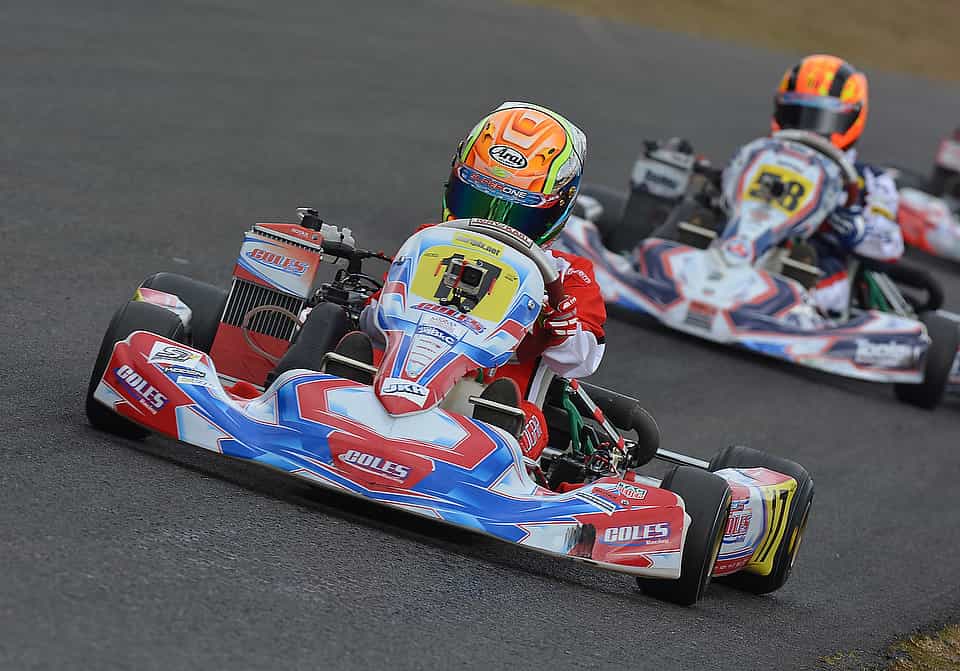 Despite leading Heat 1 for a number of laps, he lost ground when Canning overtook him and dropped immediately down to 4th spot. This improved to 3rd at the end behind Jenson Butterfield and Dexter Patterson. Jonny registered another 3rd place finish in the next Heat, with Butterfield again emerging on top followed by Lorcan Hanafin. It meant that he would be starting final 1 alongside Butterfield on the front row.

Butterfield got off to a quick start in Final 1, but Jonny found himself back in 4th spot behind Hanafin and Patterson. He passed Patterson to take 3rd spot on the following lap and gradually the top three pulled some 30 yards clear. Butterfield then slowed the pace very slightly, allowing Patterson and Finlay Bunce to catch up. As Butterfield accelerated away, Jonny moved into 2nd spot but already he was involved in a dogfight. At one point he dropped down to 5th position before making a comeback on the last lap, grabbing 3rd place just a few inches behind Patterson.

After less than two laps had been completed in Final 2, both he and lorcan Hanafin ran into a pool of water caused by Finlay Bunce’s burst radiator. Hanafin spun his kart and Jonny ran off the circuit altogether. That placed him back in 16th spot, but he eventually worked his way up to 5th, finishing behind Butterfield, Patterson, Canning and Hanafin.

“Obviously, the weekend could have gone better for us but you couldn’t describe the result as disastrous,” said Justin afterwards. ”A lot of drivers in this class appear to be fairly evenly matched and so it will be interesting to see how things pan out throughout the season. I’d say that 2nd place in the championships at this stage is a pretty good position to be in right now.”