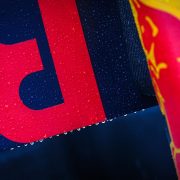 British 13-year-olds Jonny Edgar and Harry Thompson will be karting again in 2018 while Dennis Hauger, the Norwegian 14-year-old, and Australian 14-year-old Jack Doohan will join the Arden team for F4 in Britain.

The full 2018 Junior Team line up and further details will be announced later.